James Blackwood is a man who lives on the east coast of Canada in the Province of Nova Scotia. He is known as “Raccoon Whisperer”.

The man really loves raccoons so he has been looking after them for already 25 years. 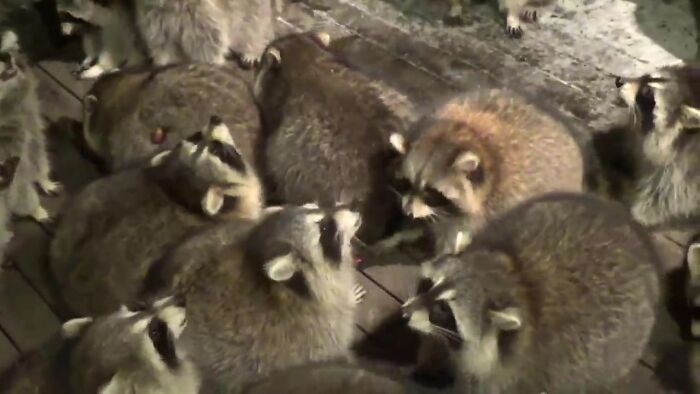 He is so famous on Youtube because of a video where he feeds some raccoons. Here is the moment when raccoons are eating.

“It was snowing with freezing temperatures and the raccoons were super hungry and knew they had to stock up for the long winter,” reads the description of the video.

But he explained that this was his wife’s project. 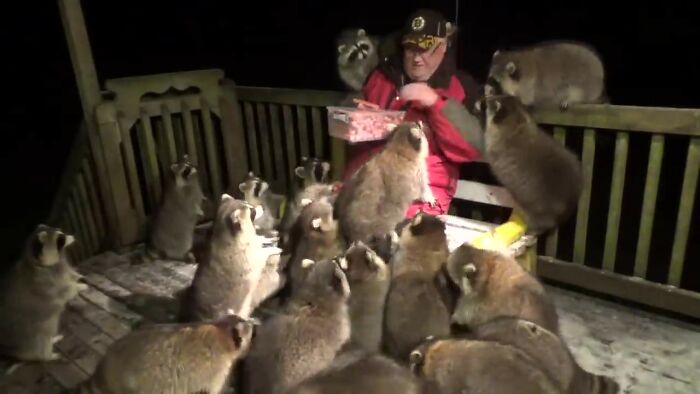 “This was my wife’s project, and she died in 2003 of cancer and begged me on her death bed to take care of her raccoons and cats and her mother,” reads the description of one of James’ videos.