Now I’m not one to fly with my cats. And 99% of the world’s cat owners probably agree with me. It’s dangerous to them and many airlines don’t allow them to fly in the cabin. In 2018, HuffPost reported that “24 Pets Died Flying With U.S. Carriers Last Year. 18 Were On United.”

So yeah, I’m not risking their lives. But for Mikhail Galin and his 22-pound cat, Viktor, that isn’t anything new. So when he took a work contract that would last 2 years, flying with Viktor wasn’t a concern for him. However, when on a recent layover in Moscow, the airline Aeroflot decided that the cat was too big for the cabin and would have to ride with the luggage. 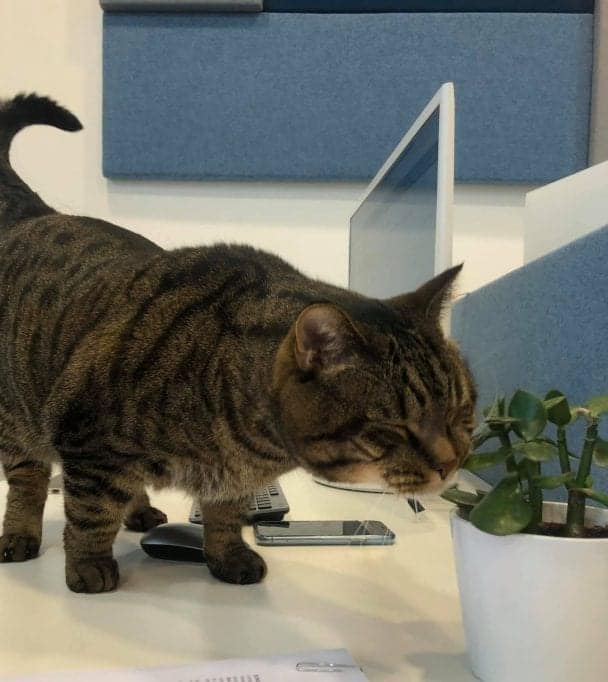 Unable to sway the airline employees, Mikhail decided the best thing to do was bring in a “body double”.
And then the genius bragged about it online. SMH (*shaking my head* for those of you who don’t know all the abbreviations and slang.)

Their trip began in Riga, Latvia, and Mikhail described all the details of the journey for his Facebook friends. Bear with the translations, and you’ll get the jist. In my opinion, it doesn’t sound all that great for Viktor to begin with.

Having passed all the inspections at Riga airport, my cat and I sat on a plane in Riga – Moscow. On takeoff and landing, Victor was sick of a pressure drop. [And] I was the whole flight (basically consists of takeoff and landing) closed his ears and cleaned drool that flowed through his hands all over my cat, my hands and carry. The cat did not understand what was going on and looked into the eyes looking for an answer.

On the branch control, a stamp was placed on Victor’s passport that the homeland officially accepted it and we went to register for the flight Moscow – Vladivostok. 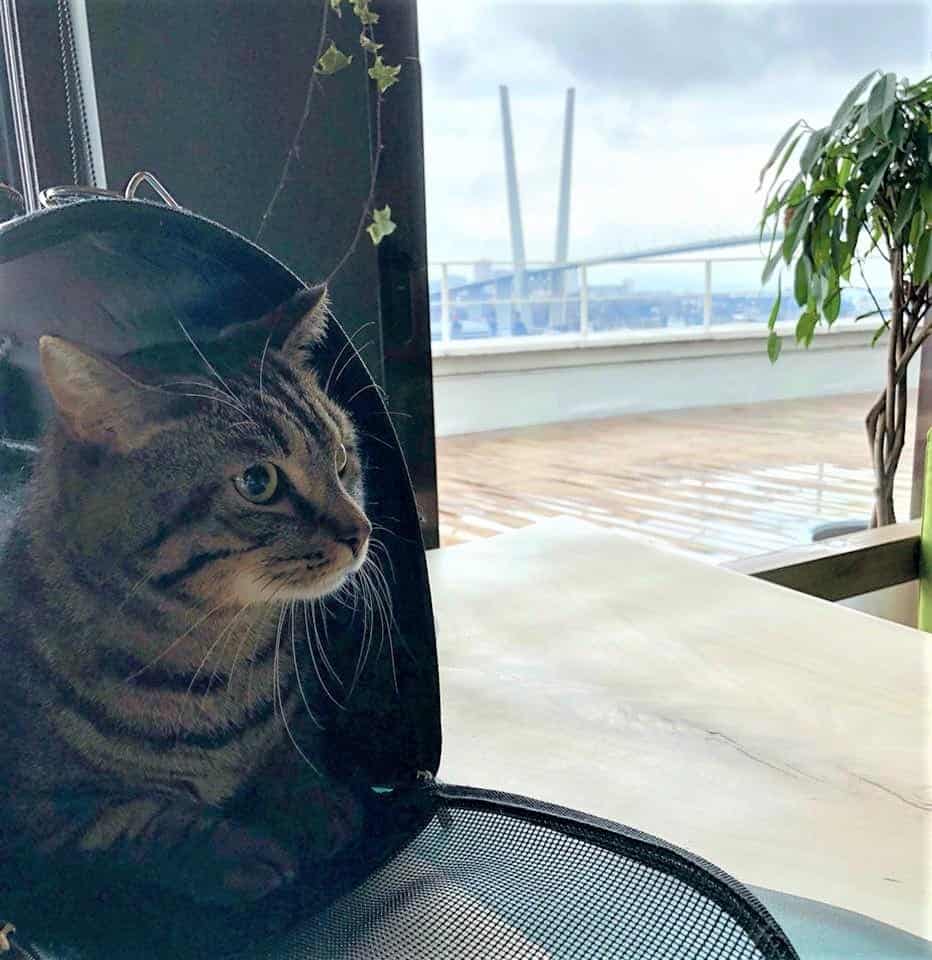 It was here in Moscow where the trouble began for the duo.

When they made it to through to the airline check-in, Viktor’s carrier was measured thoroughly and he was weighed for the flight.
The queue roll sent us to the most responsible employee of the airport, who measured all dimensions of luggage (first time in my 300 + flights). The placed each bag on the scales and reported that the cat will be weighed too.

The control weighing showed that the animal had gone to 10 kg in the salon. After that, the lady officially announced that the cat [must remain] in the luggage. 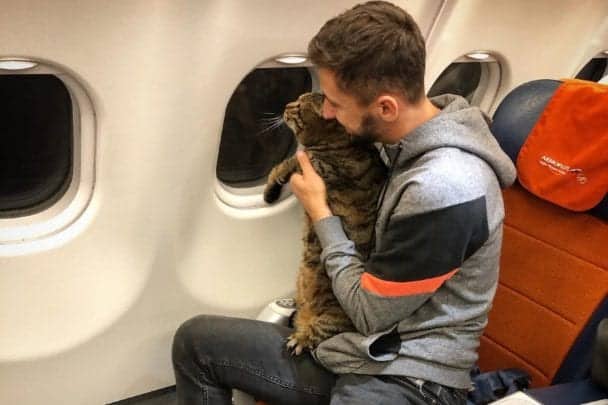 On all attempts to explain that the cat will not fly 8 hours in luggage and will be in nightmares every night for the rest of her life. She answered that she had rules and [had to] take responsibility for 2 extra kg of Victor in the plane salon, [which she wouldn’t].

The number of airline employees involved in my request to solve the issue increased, but the verdict remained the same – cat in luggage. 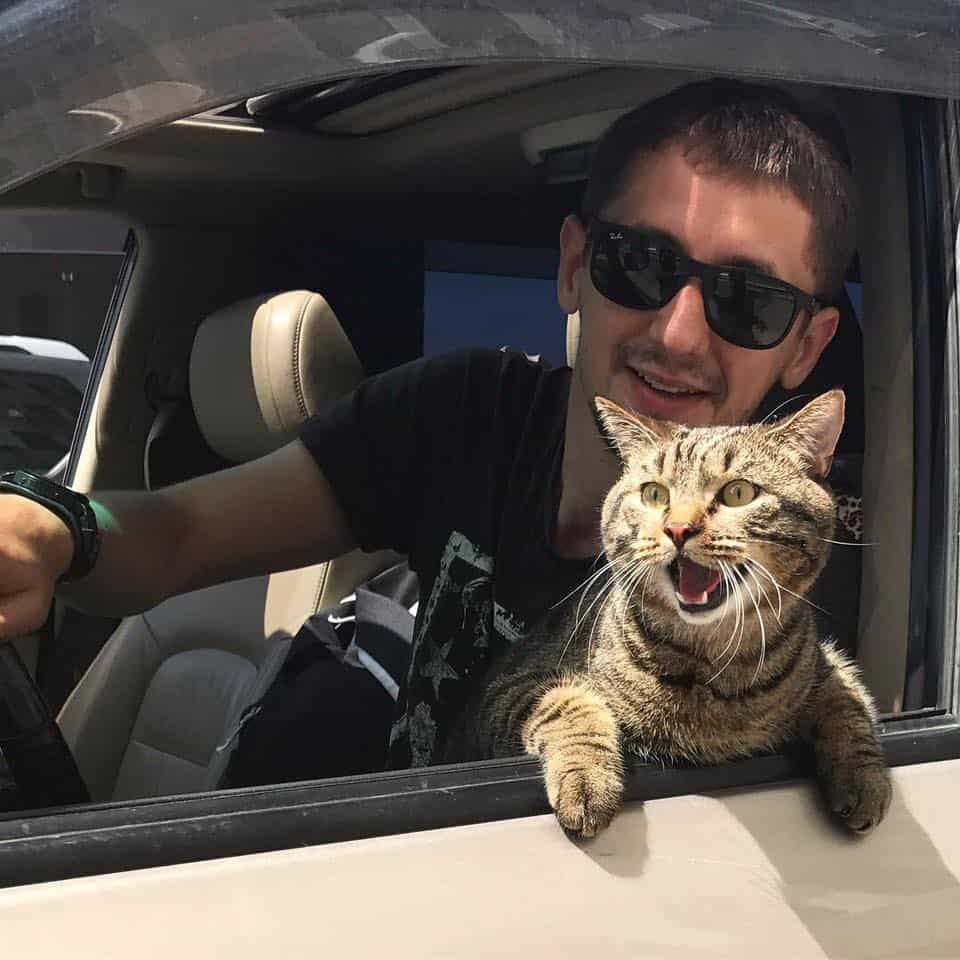 But Mikhail wouldn’t have it and decided he was above the airlines rules and regulations.
Further, a strategic decision was made to find a similar cat of a smaller physical mass. Thanks to friends from Riga and Moscow, who actively participated in the search (for which I am infinitely grateful), mini Victor was found at a friends.

Even though 6 pounds extra likely wouldn’t make a difference, the airline had to stick to their policies. And if you don’t agree with them, MAKE ALTERNATIVE TRAVEL ARRANGEMENTS! Find another airline that may have different restrictions if you must. But Mikhail decided that deceiving the airline would be the best way to go so he wasn’t inconvenienced further. Because now he faced another issue with the flight costs.

There was a new problem – tickets to Vladivostok for flights of the next day cost 1000-1500 euros. ? After studying a couple of dozen options, the only available ticket for bonus points was found, but a day later in the business class. A little jealous of the cat, without thinking long, took the business.

After spending another night in the capital, we went to the airport with a cat, a cat double and his owners.

The body double cat who weighed in at 15 pounds, cleared the weigh in restrictions. Mikhail and friends then swapped out Viktor and his mini accomplice–which was also caught on surveillance.